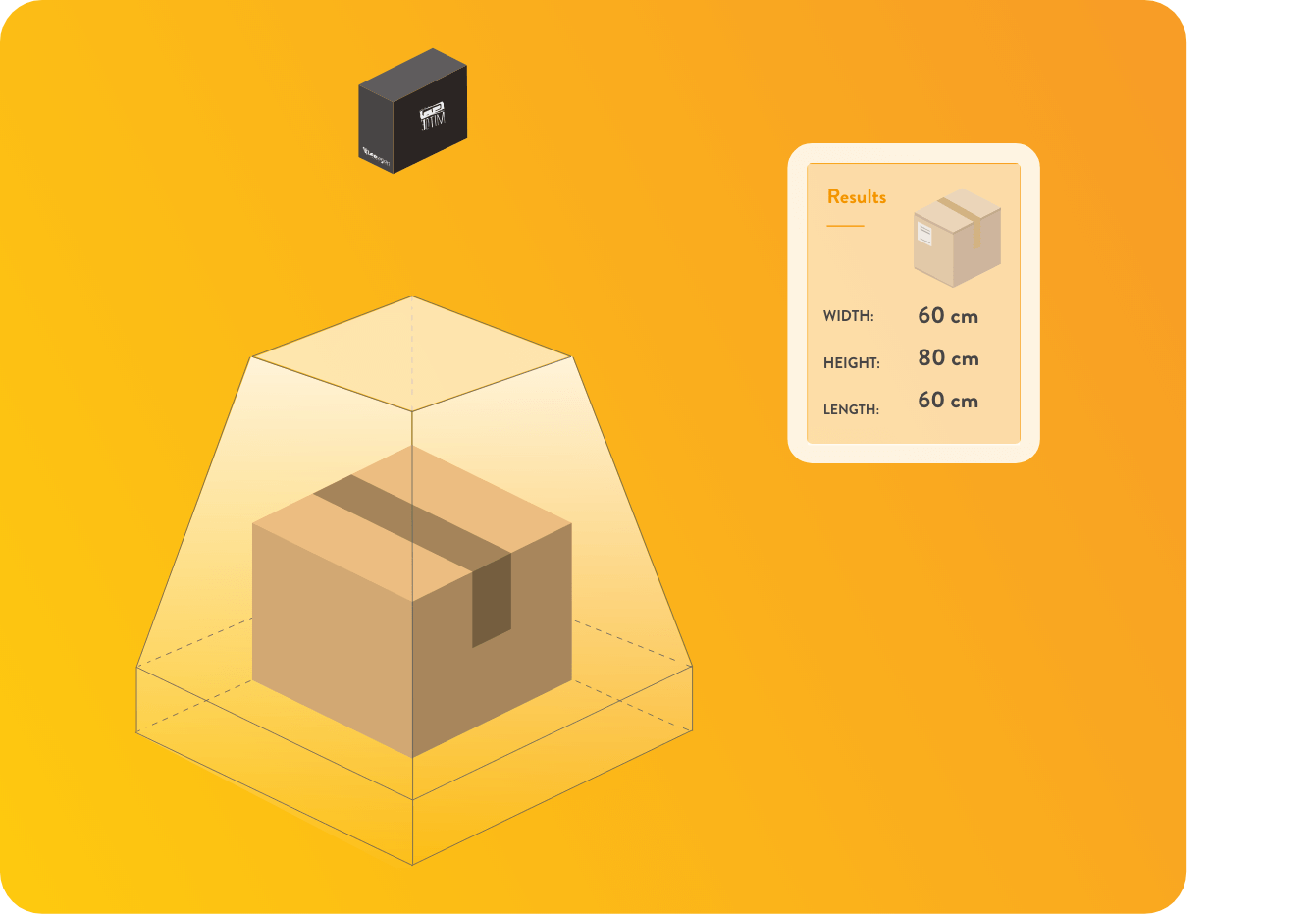 Get to know the limits of your dimensioner

3D vision-based dimensioners are becoming more popular thanks to their cost-effectiveness and easy-to-deploy nature. As the dimensioning paradigm shifts from primitive ultrasound/infrared sensors and expensive lasers to 3D vision cubing systems, some questions may arise among users.

How does 3D vision dimensioning differ from others?

3D cameras capture the distance of their surroundings in a snapshot instead of their colors as regular 2D cameras do. 3D vision-based dimensioners process captured distance frames and extract the object of interest. Then objects dimensions are measured using the distance data. One of the advantages of 3D image processing is that every visible part of the box is taken into account in dimension measurement.

Laser-based dimensioners also create a 3D representation of objects but they do it by scanning objects line by line instead of in a single image as 3D cameras do and hence they are not suitable for static measurements.

How much a 3D dimensioner can measure

Some vendors prefer to specify the dimensioning range per every edge as in the table below but this can be very misleading for the customers.

To find out how much BeeVision 3DT170 can measure, please check out the document in the following link.