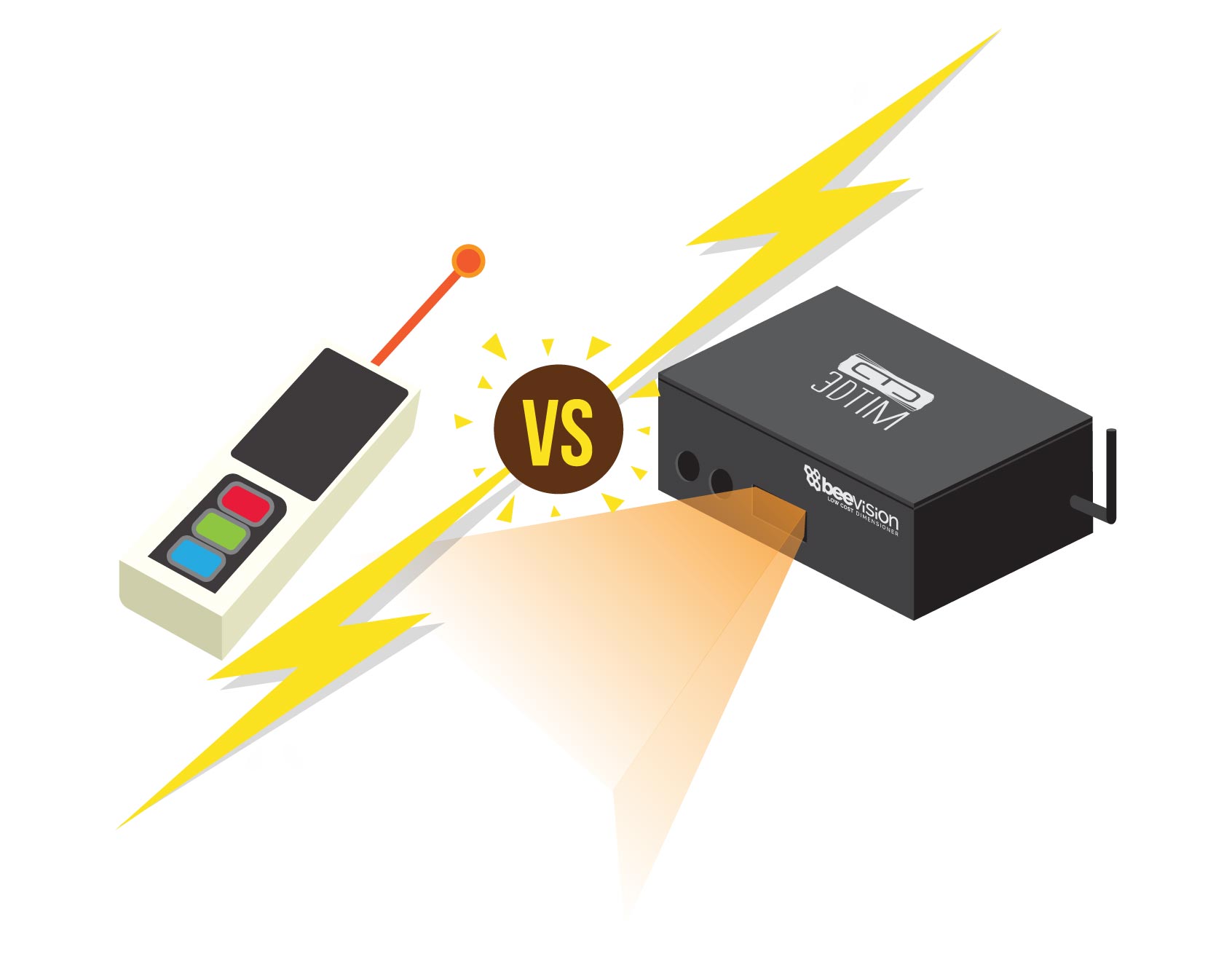 Laser dimensioners have been in use in the industry for more than 20 years. They are robust and proven; however, they are very expensive and difficult to install. That is why it is quite hard for the companies to employ laser dimensioners. They have to think twice and make sure that it is profitable. With the recent developments in 3D imaging, 3D cameras are getting more popular every day. They are used in mobile phones, cars, TVs. They also enable new features regarding dimensioning systems.

Laser dimensioners are basically line scanners. They scan objects line by line and stitch lines to each other in order to create 3D representations. Thus, either scanners or objects must be in motion. This fact increases the complexity of laser dimensioners. If you would like to measure dimensions of a static parcel, then you must have a motor moving the laser dimensioner back and forth. On the other hand, 3D imager dimensioners take instant 3D pictures of objects. There is no need for a moving part, hence reducing the cost of the system substantially. Plus, installation and calibration is a piece of cake compared to laser dimensioners. With BeeVision's patented technology, just mount with 4 screws and click to calibrate. You are done! No need to carefully align the dimensioner.

Laser sources are more expensive than 3D imaging equipment. They are harder to handle as they might be harmful to the human eye. 3D imagers are much more affordable and thus scalable. In the past, you would see only one laser dimensioner in a warehouse because they were quite expensive. With BeeVision, we are changing this fact and turning dimensioners to an affordable necessity in your warehouse. Dimensioner is becoming must-have equipment just like a computer in your facility. You can easily afford many and get ROI in a matter of weeks!